the StorySinger set: Live in Germany 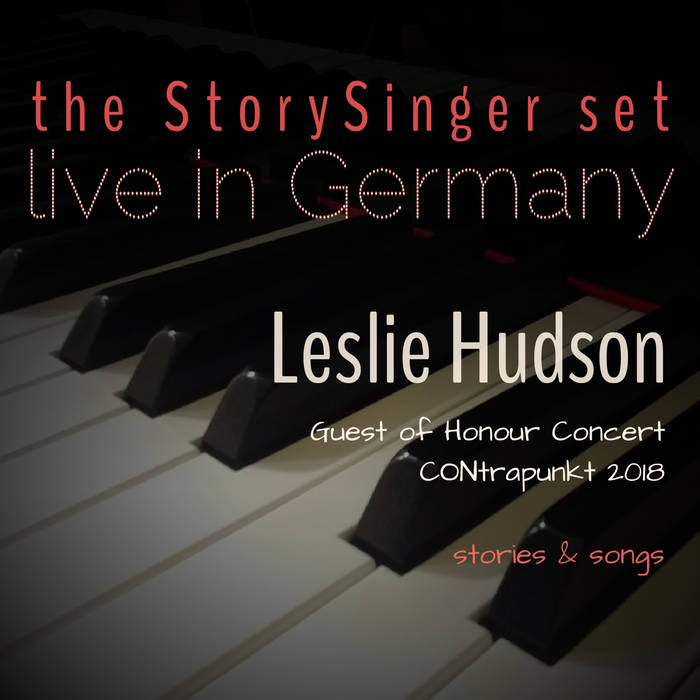 Kathleen SLOAN This is a wonderful recording. For a live recording the quality is amazing. The vocal balance with voice and piano is perfect. I very much enjoyed the stories between the songs, they enriched the meaning of the songs. Anyone who is interested in mythology and a wonderful story teller who does so with music, this is for you

Leslie Hudson may not sound like a folk singer, but she has a storyteller's heart and it beats to whatever rhythm the story demands.

For the first time, and upon request, the stories she tells at her live shows have been included as tracks in their own right on an album available to everyone.

From 19th c. Germany and Denmark, to Medieval Spain, Ancient Ireland, and the birth of the Inuit Nation, tales passed on through generations of storytellers live on in literature, folk and sacred memory, and inspired the songs on this set list.

A snapshot in time, captured in all its natural and heartfelt energy, this album brings to life the experience of a solo concert for a warm and wonderful crowd, and now you can join in the magic.

"the StorySinger set: Live in Germany" is a live recording of Leslie Hudson's Guest of Honour Concert at CONtrapunkt, Wernigerode, Germany, 15 September 2018.

Recorded in one take, the stories she tells and the songs inspired by them make up this 18-track, fully mastered performance of a storyteller, a songwriter, and a grand piano.

All songs written by Leslie Hudson