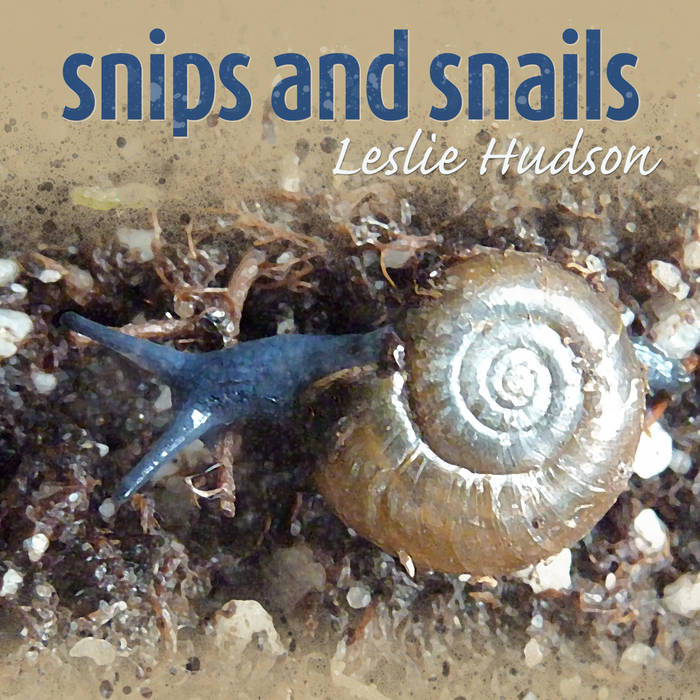 TimTTT This is an interesting listen because it feels like a peek at the clay as it's being molded. All the elements I like about her music is right there, but she's still finding her grove. It's been fun to hear. Favorite track: Doldrums.

catlistens I love Leslie's work--her strong, sweet, flexible voice is so expressive and her keyboard playing perfectly suits both her general style and any specific song she plays!

Snips and Snails was originally released March 15th 2010 as Leslie Hudson's 3rd solo album. For a brief window of time it was available online, but as her songwriting styles shifted and her output took a sharp upturn in the years that followed she quietly put it aside.

A decade of growth and output later Leslie is bringing it back for its 10-year anniversary. The album was recorded and produced in her home studio, something she'd never attempted before, so in many ways Snips and Snails is a milestone. She learned a lot about what works and what doesn't as it was made and it laid the groundwork for the albums to come.

These 16 tracks (written 2000-2009) are a soft conversation between piano and songwriter, with harmonies that have a Wilson Phillips' vibe. It's simple and honest like honey on bread.

From childhood loves to the friendship of allies, tributes to family and mentors, and a myriad of relationships that just went sideways, this project cherishes themes of connection and nostalgia while navigating threads of frustration and loss.

All songs written by Leslie Hudson