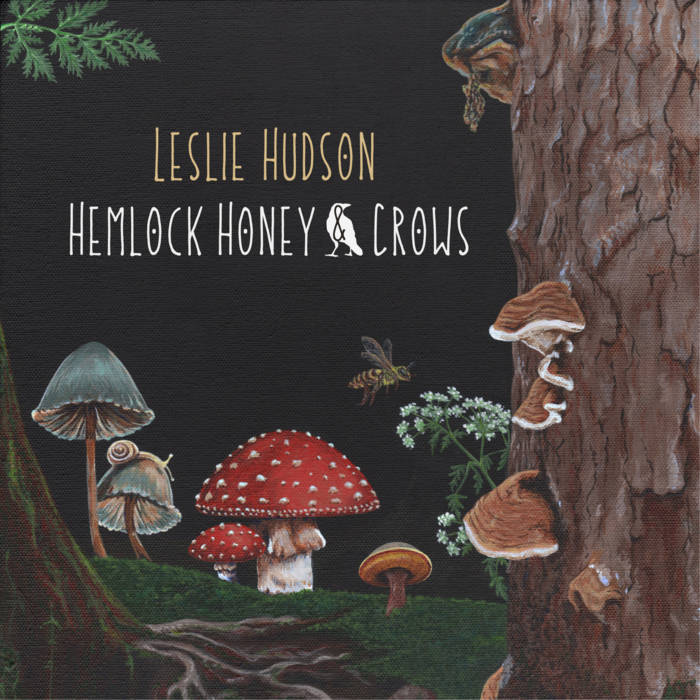 Hemlock Honey and Crows is an album of songs for the season - my favourite season! Songs of storms, spells and hauntings. Wild gardens and those who plant them. Death, healing and magic. Crows, riddles and dreams. From the women who ran the so-called poisoner schools of old, to the ghosts who follow us home, these songs tell stories round the fire.

This album is a healing spell. Ties have been strengthened, distances shortened, new friends made, and music - the strongest magic I know - is born. My deepest overflowing thanks to everyone who has shared their engineering and production knowledge with me while I produce for the first time (especially John) and to Laser Malena-Webber (killer coach and fellow enby) for their enormous support and guidance this year.

Hemlock Honey and Crows has been my happy place for months. I hope you love listening to it.

Leslie's piano, lead & backing vocals recorded in ON; all other tracks recorded at studios in Germany & the USA by contributing musicians